A Home-Cooked Meal Is Never Far

Weatherhaven manufactured the MSVS Kitchen for Department of National Defense, an army kitchen capable of feeding 500 people at once. This kitchen received one of the best final reviews possible during its trials at the Canadian Armed Forces (CAF) Connaught Range Primary Training Center. "It's an awesome sight to see the [MSVS] fully equipped and deployed. I couldn't believe what the engineers put the kitchen through during testing-but that's the proof of durability," said WO Stephane Charron. Lieutenant-Colonel Julie Johnson added, "This kitchen looks like one designed by cooks!"

Whether it's a single tactical kitchen or a full-service kitchen to feed 1,000 persons three fresh meals a day, Weatherhaven designs and manufactures redeployable mobile kitchens to feed the hard-working camp occupants, soldiers, and humanitarians engaged in remote areas all around the world.

At the end of a hard day, there's nothing like a home-cooked meal. We can't replace home, but we can bring the comforts of it to you.

Tactical or portable kitchens often take advantage of Weatherhaven's expandable container format, in which equipment can be hard-mounted in the core for rapid set up on site and protection during transport. Larger camp kitchens are often housed in our Series 4™ fabric shelter, which is also used for dining rooms. 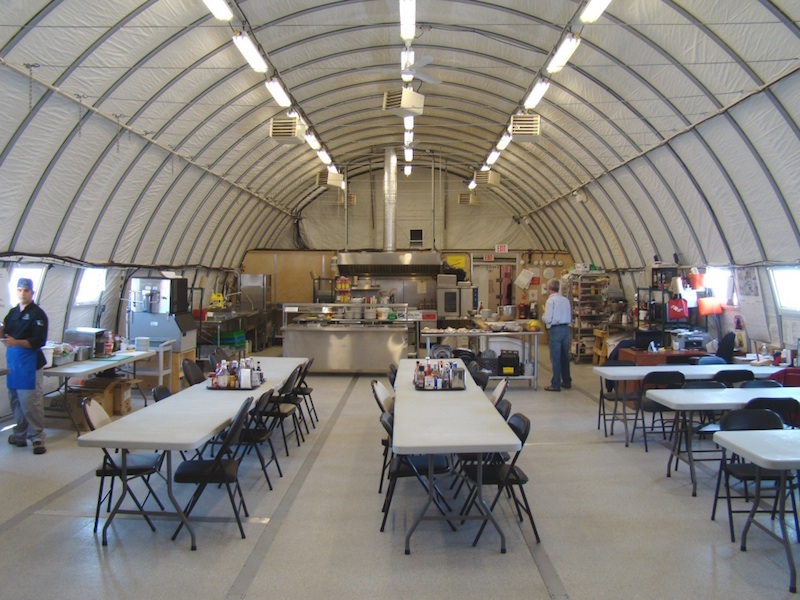 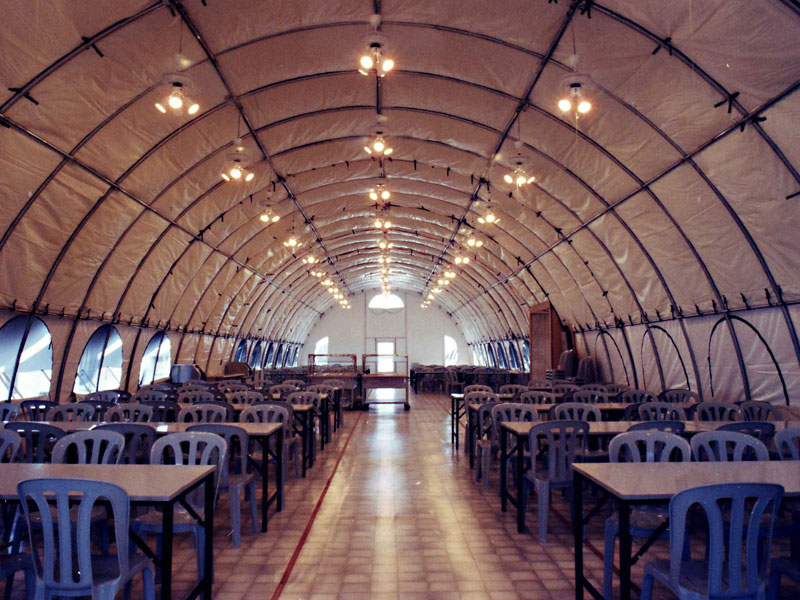 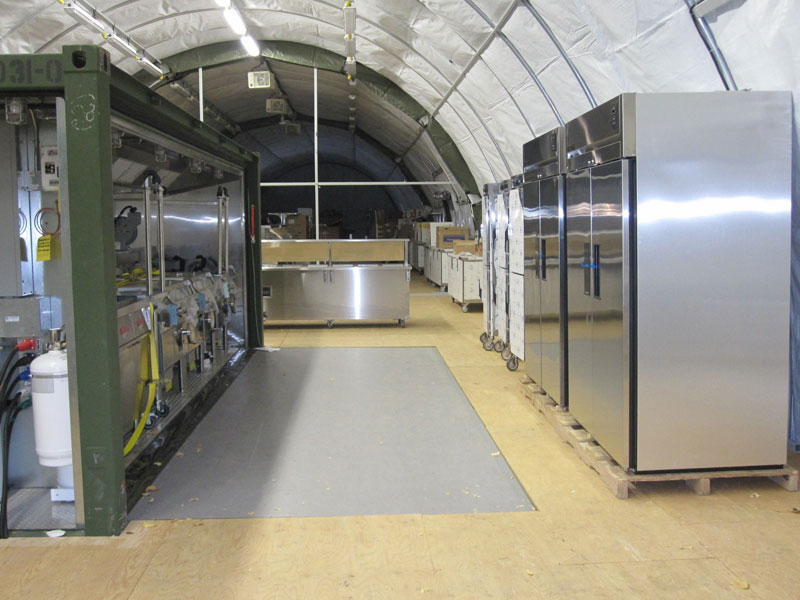 We provide everything you need to complete your project or mission while living and working in our turnkey shelter systems. From need assessment and shelter design, to installation and equipment, we'll handle all your mobile shelter needs.