Weatherhaven's fabric shelters are the result of 30 years of engineering, designing, and manufacturing tensioned fabric structures. No matter where you're stationed, our fabric shelters are engineered to function in even the most demanding and harsh locations.

Weatherhaven's high-performance mobile shelters are robust, built for tactical or semi-permanent use, and can be readily transported to any corner of the earth. 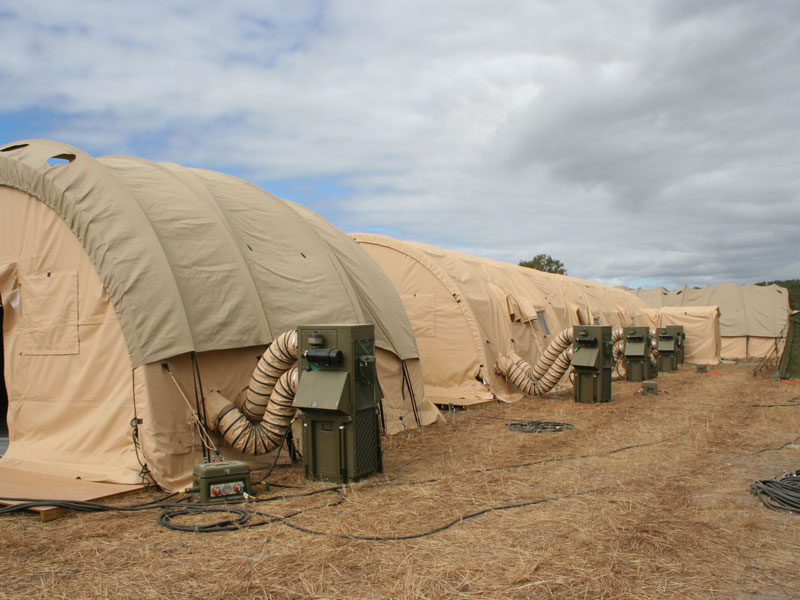 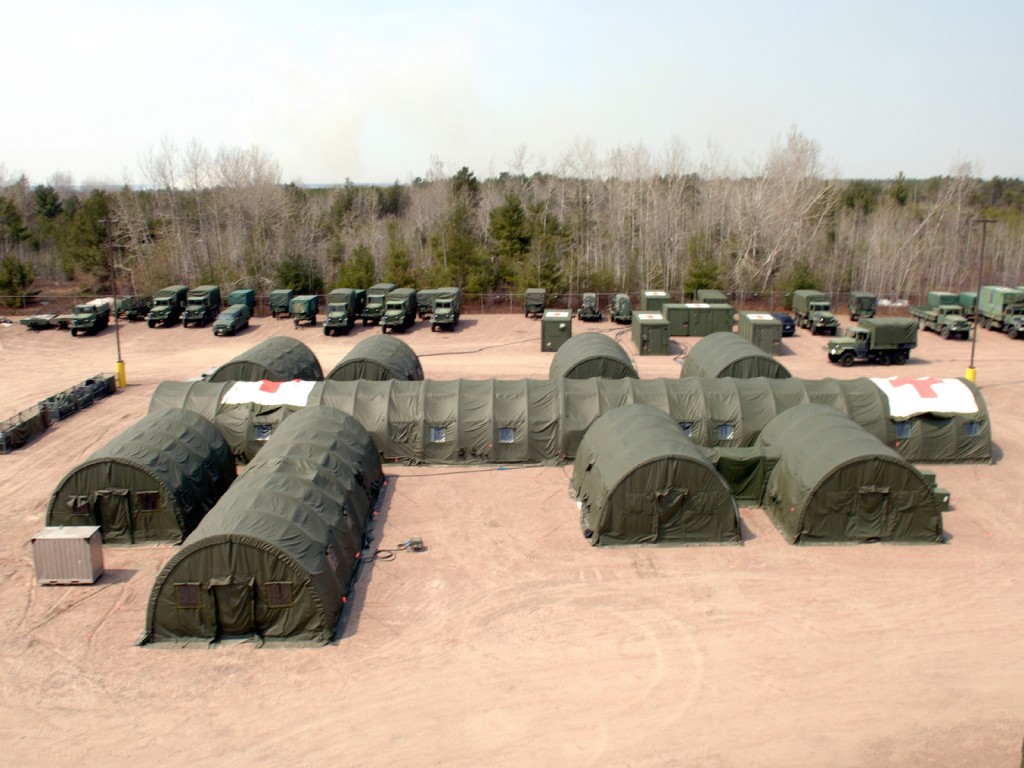 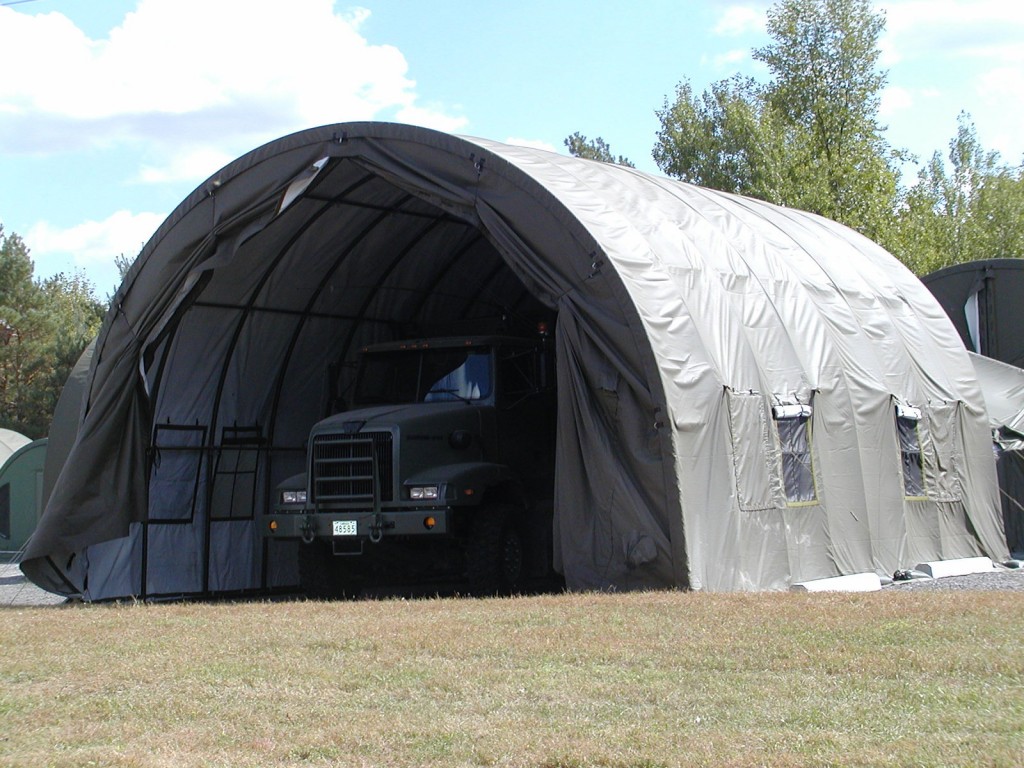 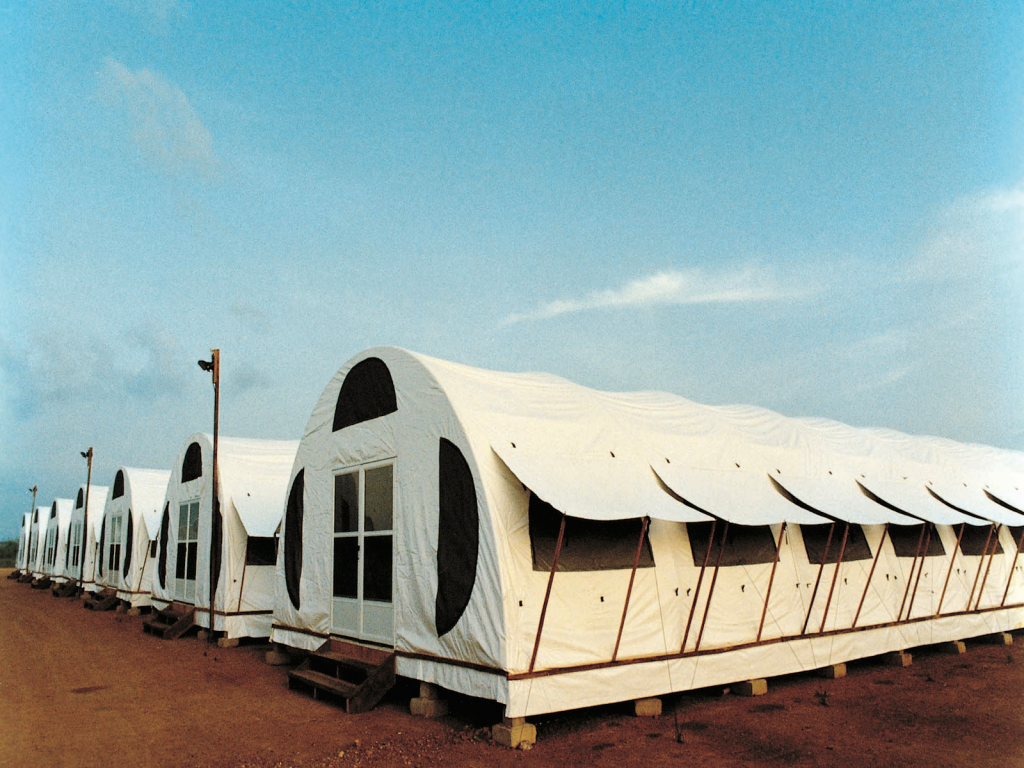 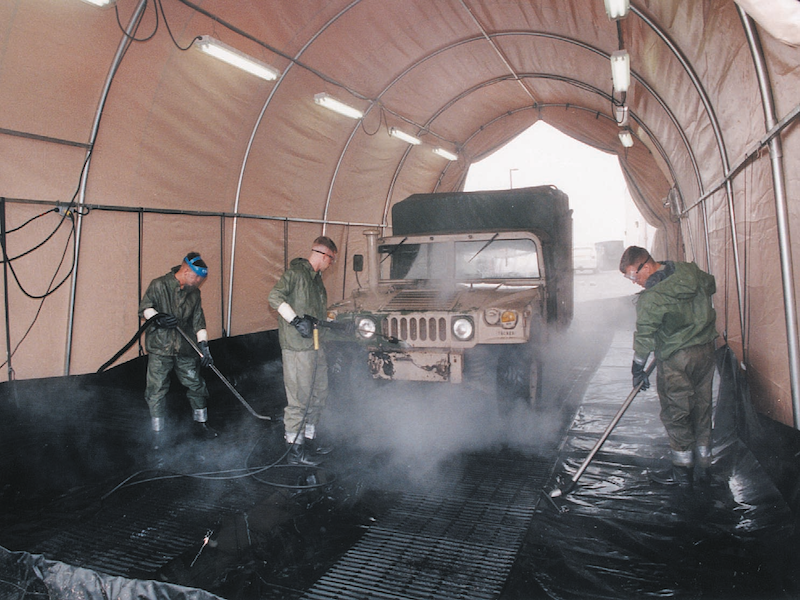 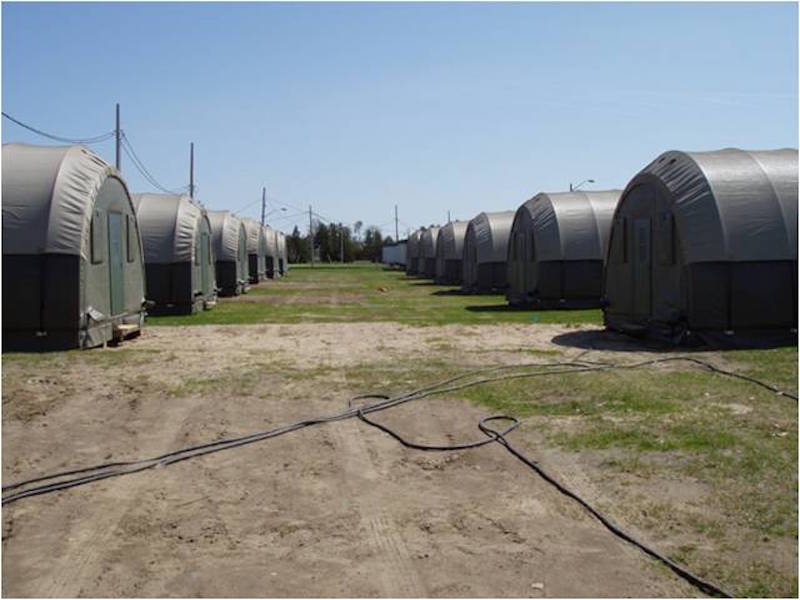 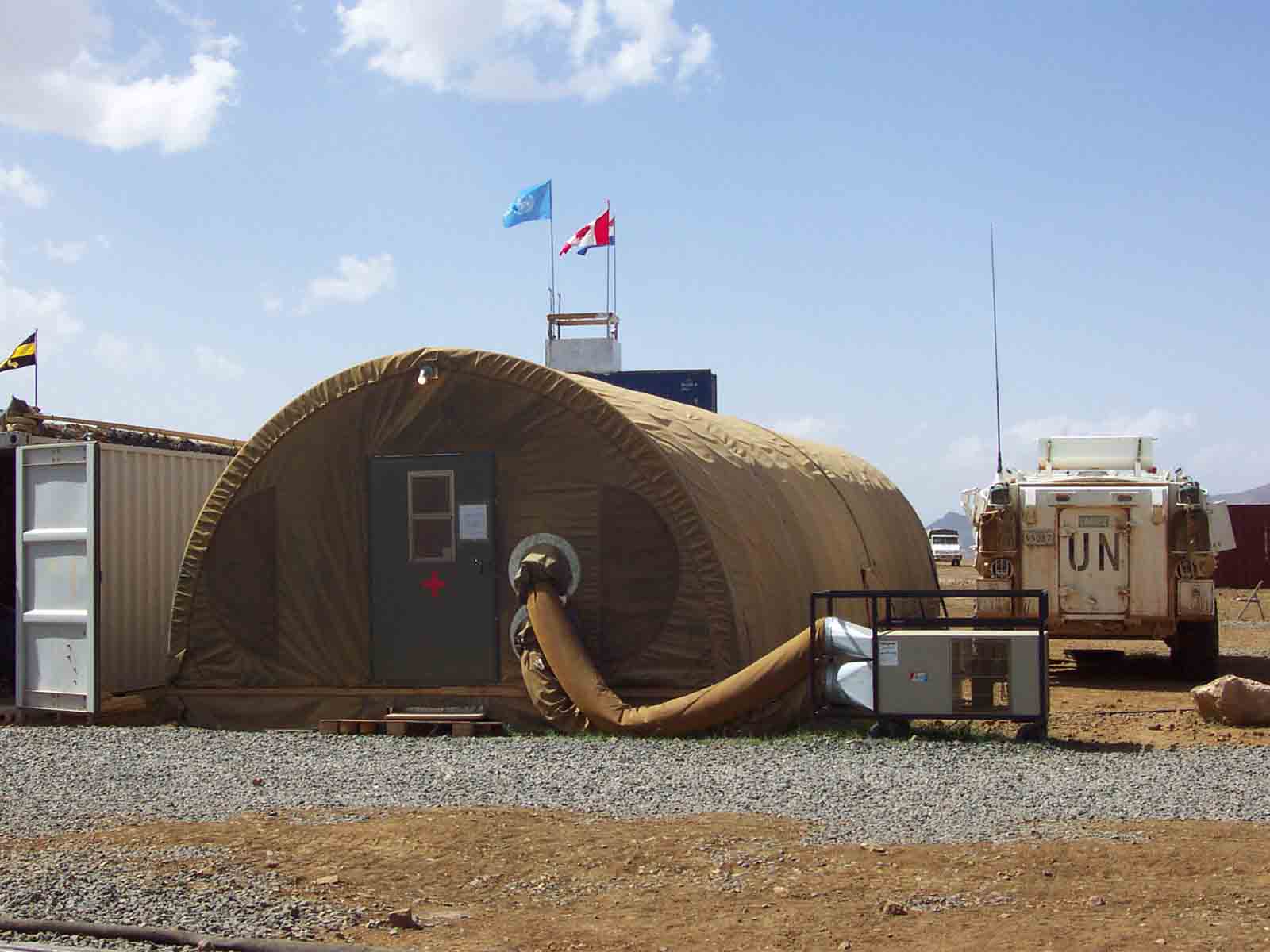 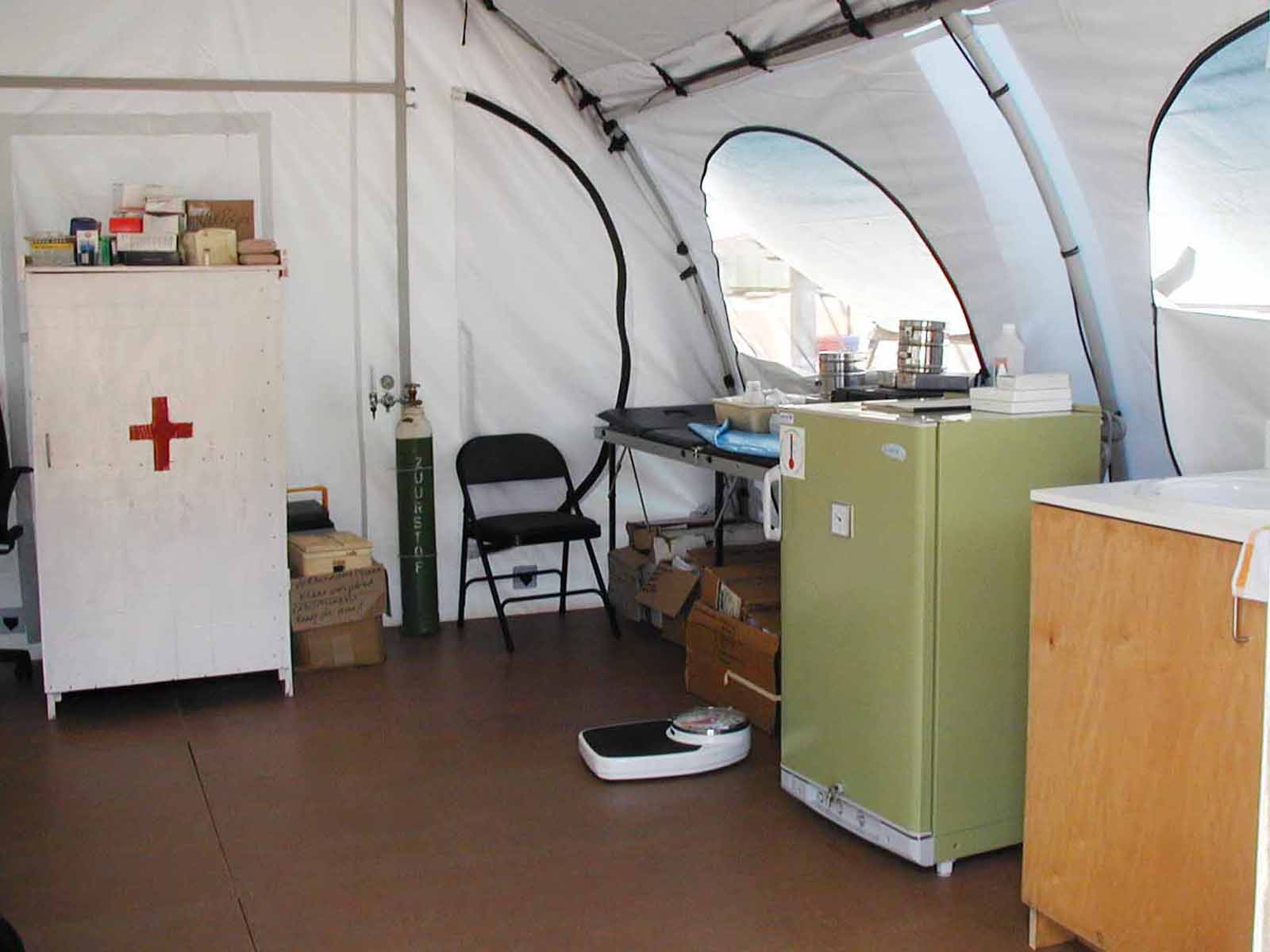 The Modular Tentage System (MTS) is one of the most thermally efficient and robust tactical shelters in the world. This capability comes in a selection of sizes, and is used for a number of field applications. The MTS is particularly popular with military forces due to its flexibility in design to form larger complexes, such as operations centres and medical facilities.

A high-performance shelter that's used worldwide by commercial and military customers in all climates, including polar regions. The Series 4 is widely utilized for workforce housing, as well as by military forces for accommodation, recreation, and first-aid units. The Series 4 comes in the standard format, a tropical version with side windows for maximum ventilation, or the Series 4 shop, which is ideal for applications where an extended-height structure is required.

Includes three shelters-the Polarhaven, the Polar Chief, and the Endurance-designed to perform in high winds, snow, and extremely low temperatures. Our polar shelters are ideal for Arctic expeditions, advanced base camps, scientific studies, tourism, and workforce camps in extremely cold and dry regions.

The Rapidly Deployed Modular Shelter System (RDMSS) is the most advanced softwall shelter system in Weatherhaven's fleet. Driven by stringent military requirements, the RDMSS offers users a rapidly deployed capability for any geographic and/or climatic zone in the world.

We provide everything you need to complete your project or mission while comfortably living and working in our turnkey shelter solutions. No matter what your field needs are, we can customize a solution to match.